Niantic, Inc.
Szczebrzeszyn.net is not an official representative or the developer of this application. Copyrighted materials belong to their respective owners
Get App 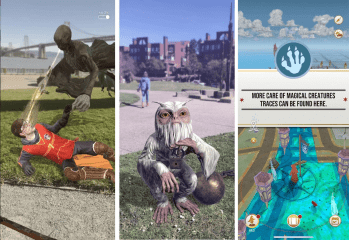 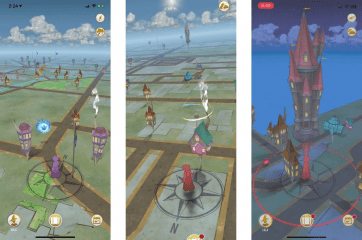 If you’re really missing Harry Potter’s magic (in both meanings), watched Fantastic Beasts for many times, despite complaining about Yates directing again, and wish …The Cursed Child was just fanfic, then you have some new game. Harry Potter: Wizards Unite is a real-world adventure, with augmented reality exposing all the magic.

Despite magicians’ hermetic attitude, the magic has spilled out into the muggle world. You are a wizard on a mission: detect and neutralize all the pieces of magic you find. Your smartphone is a magical detector; its camera finds magical objects and lets you interact with them.

Foundables can be detected by Traces of magic that lead you to them. And, as you find a Foundable, you’ll need to stand a fight against its dark protectors. Probably other wizards might help you with this if their specialty allows for that. You can be a Professor, a Magizoologist, or an Auror; each profession suggests special skills and abilities.

The game offers complicated potion alchemy and spectacular fights in AR, with branched spell system. Sometimes you can even find portkeys that take you to real magic places (like Platform 9 3/4, exactly). And yes, interaction with magic takes the energy that can be restored slowly as you walk, quickly as you visit an inn (something like a Pokéstop), or instantly as you pay.

What the game lacks (so far) is quidditch. Maybe it will be introduced later; we all remember how Pokémon Go evolved these years. We hope quidditch tournaments won’t require drones.

That’s Why We AR Here

Authorized by J.K. Rowling herself, this game is developed by Portkey Games, a company founded to make games upon Harry Potter universe, in cooperation with Niantic. The latter is already famous for its Ingress, and then for its collabo with Nintendo, the famous Pokémon Go.

So far those few who tried it say it’s too complicated and lacks the simplicity of Pokémon GO. But, look, smartphones gained more power in these three years, with AR and AI stressed, so no wonder Niantic tried using all the new force. And yes, before installing the game, go and get yourself a new power bank, even if you already own one.

To download the app, you will get links to the Official Website and/or official digital markets.
Share on Social
High-Standard Service
Mobile gaming is what we truly love. Therefore, our blog news, tips, guides, and game reviews are 100% reliable and unbiased. Our ultimate goal is to deliver accurate and mobile game reviews, as well as top-quality service.
What do think about this review?
4
Good
Games like this can be really rated when they get popular enough, so you walk the streets and run into other players every ten yards or so. But technically it’s good, and, though the gameplay is more complicated, it fascinates.