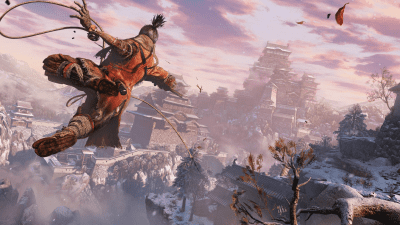 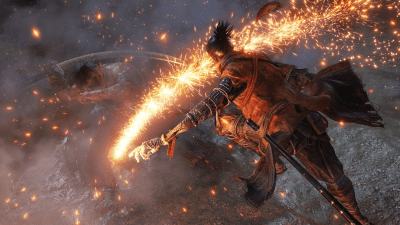 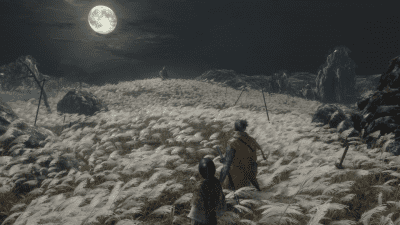 Sekiro: Shadows Die Twice is a much more than a brutal action game with incredible graphics and atmosphere of 16th century Japan. You start the game in the middle of the war as the protector for young royal blood descendent but fail the mission. The girl is captured, and you have to rescue her. Oh, and one more thing you are called one-armed wolf, mainly because you have only one arm. Use it as your advantage by hiding in prosthetic limb numerous tools.

If you value really tough and well-designed combat, the game is definitely for you. Some of the evil bosses will make your heart beats faster. Unlike other FromSoftware’s games, Sekiro is mobile. You can run as fast as possible, jump high enough to reach various important objects or drop on your enemy. Sekiro can silently follow his enemies or kill them from the corner, staying unnoticed.  Another cool option offered in the game is the ability to hide somewhere close to your enemies and listen to their secrets. It can help you later in your missions.

As for the prosthetic arm, you can turn it into the deadly weapon. Depending on your skills and situation, you can even throw flame from it. Take katana in one arm and the hook or flamethrower in another.

There are big bosses at the end of each level and numerous smaller enemies during the game. Abilities of your enemies evolve from one level to another. You have only one chance to revive yourself after death so you can come back in the middle of the fight.

Developers of the game are well-known for their attention to every detail in the game. So of course, you can expect nothing less than an amazing picture. If they created Japan of 16th century, be sure, you will time travel to Japan of the 16th century. While the background is amazing, all your enemies may scare you with their realistic look. However, you need to remember, that while they can scare you, you can definitely scare the hell out of them with your awesome tricks and combat technique.

Even if the fight is happening in darkness, you will see everything. The aesthetic of this game is just incredible. Don’t be overwhelmed by details and keep your hand on a sword.

There is nothing hard about controls in the game. If you have played in other games on PS4 previously, you’ll know how. This game involved lots of jumping and running. Everything is happening really fast here. It is better for you to practice your moves before you will go and attack the boss.

To download the app, you will get links to the Official Website and/or official digital markets.
Share on Social
High-Standard Service
Mobile gaming is what we truly love. Therefore, our blog news, tips, guides, and game reviews are 100% reliable and unbiased. Our ultimate goal is to deliver accurate and mobile game reviews, as well as top-quality service.
What do think about this review?
5
Great
Sekiro: Shadows Die Twice is an epic game for everyone who loves tough adventures mixed with lots of grand fights. It has badass graphics with attention to every detail, which makes it so cool! All you have to do is master your skills and save the girl from your evil enemies. And don’t forget to win the game.