Bethesda Softworks
All trademarks belong to their respective owners.
Get App 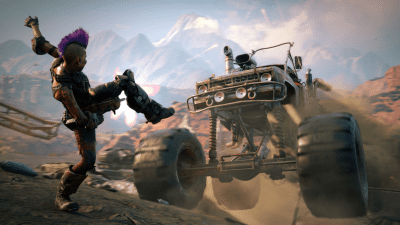 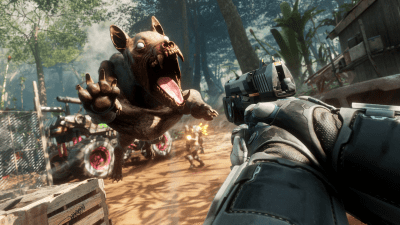 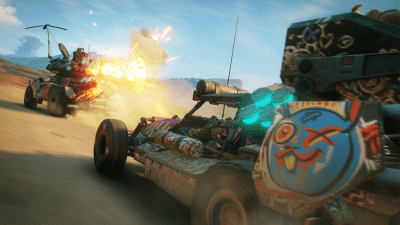 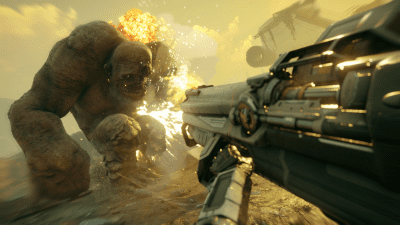 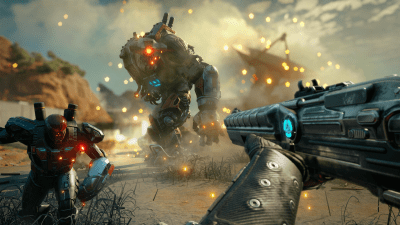 The description of RAGE 2

Rage 2 is a shooter for those who want just to shoot, not really thinking about why it is needed globally, how it will influence the plot. It even may be called the unannounced DOOM 2016 spin-off.

RAGE 2 begins with what other shooters usually end up – the battle with the main villain and a huge creature that grabs one of the rangers, the last hope of humanity, and bites off his head.

In the beginning, you're given an automatic rifle, a shotgun, a special ability and a Phoenix car - this is enough to get to the end in about 10 hours. And there are exactly three moments when it is necessary to distract from the plot and complete several side-missions.

The game shows that shelters are for weaklings, and you are not weak. You are a ranger, a superhero of the local wasteland. Therefore, shooting here is the opportunity to blow, crush, burst, smudge enemies as beautifully as possible.

However, it is not enough to say that shooting is based on the mechanics of the previous game. In the first hours, the main character gets the ability without which it is difficult to imagine any other shooter. For example, wrench allows you to dramatically move to the side. The ability has a cooldown, but not very long.

Another skill is a powerful energy strike which literally turns the enemy into a bloody mess. The other one is a landing with a strike on the ground and damage to the area. There is also a rage mode in which not only damage increases, but also health is restored.

In RAGE 2 there are a lot of cool things that should be combined and arranged with their help of terrible chaos. And the longer you play, the more abilities open up. All these cool things need to be experienced in various locations full of enemies. That is why all the quests in it boil down to the fact that you need to make a cheerful firing. All the activities on a huge map somehow lead to a shootout.

We do not pay much attention to pumping, because it does not radically change. Almost all improvements either increase the duration of some ability, reduce its cooldown, or increase damage, as well as the health of the hero.

Rage 2 was built on the APEX graphics engine which is odd: id Software is famous for the development of new technologies. But, as you probably remember, the id Tech 5 engine brazenly loaded the textures right before the player’s eyes — and continues to do so.

Anyway, it does a good job. The world is honestly seamless, the entrances-exits to cities and dungeons work freely and without subloading. Sometimes beautiful landscapes make your heart soar.

Controls in Rage 2 are a bit complex and diverse, so, they may be divided into several categories: general, vehicles, skills, and interface. Much attention is given to the shooting that's why there are many buttons on the gamepad that manage this process. First hours you have to get used to the controls, but then they won't cause any discomfort.

To download the app, you will get links to the Official Website and/or official digital markets.
Share on Social
High-Standard Service
Mobile gaming is what we truly love. Therefore, our blog news, tips, guides, and game reviews are 100% reliable and unbiased. Our ultimate goal is to deliver accurate and mobile game reviews, as well as top-quality service.
What do think about this review?
4
Good
RAGE 2 is important both for fans of shooters, and for the genre itself. This is a game in which no one demands anything from you, they do not even ask to follow the plot that intentionally was made simple not to you distract from the main thing.