Warner Bros. Interactive
All trademarks belong to their respective owners.
Get App 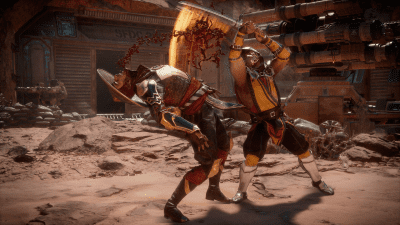 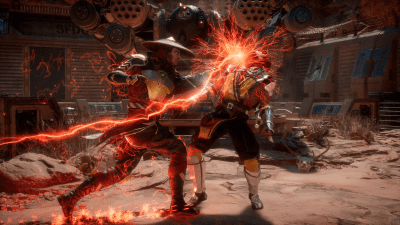 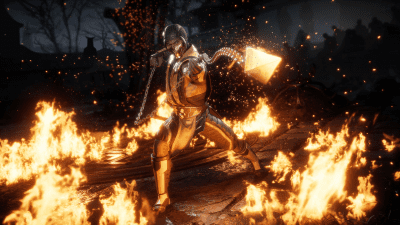 The description of Mortal Kombat 11

The Warner Bros. Company Together With NetherRealm Studios have recently revealed an official Mortal Kombat 11 trailer. And according to the new trailer, Mortal Kombat 11 will be epic. The game will see the world on April 23d, but you can preorder it now.

Meet the old and new characters

The trailer sends us back-and-forth to the rich history of Mortal Kombat constantly struggling universe. The favorite characters are coming back, together with a new one. Varies epochs collide together. So, this is our chance to play with legendary characters like Sonya Blade and Scorpion who appeared in the game in 1992 but also with Scarlet, who was introduced to players in the 2011 year.

In general, there are 26 characters, Shao Kahn including, who show their fighting skills on 17 arenas. It’s still unknown whether the list of characters will be extended, but it is quite possible. Through various small trailers and gameplay videos, gamers have already noticed Kung Lao and Liu Kang. Let’s remember our beloved characters:

What’s new with the gameplay?

As we can see from the trailer, the whole picture became more realistic, bloodiest and even more fascinating. Characters do not hesitate to use their superpowers and unique master skills with using blades or other weapons. There is a new system Fatal Blow in town, and it looks similar to X-Ray from the past editions of Mortal Kombat. However, it also has its differences. Fatal Blow allows you to make extremely powerful strikes, lowering down the health of your competitor below 30 percent.

There will be not one but two energy bars. One is for attack and another is for defense. The first one can be used to intensify strikes, and the second to use the nearby items. Developers have already confirmed that if you will block an attack, you can do the unique counterattack.  There will also be a system of customization, as in Injustice 2, so you will be able to pick an outfit of your characters.

To download the app, you will get links to the Official Website and/or official digital markets.
Share on Social
High-Standard Service
Mobile gaming is what we truly love. Therefore, our blog news, tips, guides, and game reviews are 100% reliable and unbiased. Our ultimate goal is to deliver accurate and mobile game reviews, as well as top-quality service.
What do think about this review?
5
Great
Mortal Kombat 11 is a promising game that will be released on 23rd of April on Xbox One, PS4, PC and Nintendo Switch. You can preorder the game now for $59.99. Go back to your favorite world of breathtaking fighting skills and the greatest legendary characters that were gathered in one game.