Sony Interactive Entertainment
All trademarks belong to their respective owners.
Get App 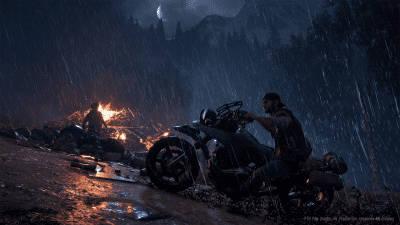 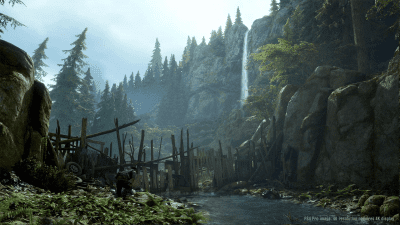 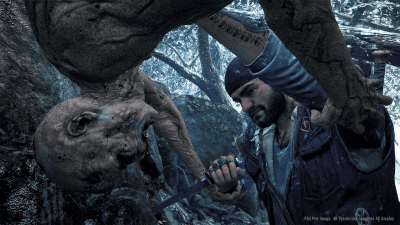 The description of Days Gone

If you love post-ap settings like World War Z or The Walking Dead, you’re probably already awaiting the new title Days Gone by Sony Interactive Entertainment, set in the world as we’re to know it, after an atypical zombie apocalypse. After more than four years in production, the game is about to be released on April 26th, 2019.

The initial setting is familiar to all the fans of zombie apocalypse forecasts. One moment the dead start to rise, and that changes the face of the Earth. Most authors represent zombies as unconscious decaying creatures only led by the most primitive instincts. But Days Gone offers a different image. Freakers (as they call the zombies) aren’t completely devoid of intelligence, and they look rather healthy, fast, and strong. Neither are they implicitly malicious (though most of them are). But living people can be your enemies as well, like in most post-apocalyptic settings. Expect overdoses of gore and cynicism.

In two years after freakers appeared, the mankind had to leave its former way of life, giving up the destroyed civilization. There are nomad groups or singles, and the protagonist, Deacon St. John, is just a nomad bounty hunter. The world around him is dangerous, half destroyed, large, and open to explore. Its realism compares to the best games of 2018-2019, and at a glance the game looks like a TV series or at least a quality cartoon.

Long production means thorough attention to visuals and sounds. Deacon, for example, is played and voiced by Sam Witwer that voiced lots of characters in Star Wars universe games and TV series. On a bike, with a crossbow, he may resemble Daryl from aforementioned The Walking Dead, and he’s just that survivor type. The narrative includes stealth missions and open fights, using long or short distance weapons, as well as building or destruction tools, inventiveness and exploration skills. Some items can be used as either, like a pickaxe or a knife.

Digital characters can be confused to real actors; in fact, they are mostly captured and processed. But let alone living people: all freakers are unique too! They are supposed to evolve in the meantime, and divide into three classes, including wolves, banshees, and jackals. But as well this means that no two specimens are the same, and there are big hordes of them, coordinating their actions.

Not only is the world open and large; it also features daytime cycle and dynamic weather that affects lighting, as well as freakers’ behavior. They are more dangerous at night, as they are stronger and faster. Weather impacts them as well, as they prefer to move unnoticed in the rain.

So expect for long enthralling gameplay, with control system developed for DUALSHOCK and visuals squeezing as much as possible out of PS4 hardware.

Given that Days Gone is among the most interesting releases of 2019, and it’s exclusive for Sony PlayStation, there’s only one reason to delay the purchase. PS4 is reaching the end of its lifecycle, and we’re all dying to see Sony PlayStation 5 (or whatever they’ll call it). The most recent games for PS4 will probably be reworked to utilize the amplified performance of the new console.

But, as we know directly from Sony, the new console won’t be ready until 2020. And even when it hits the market, it may take extra time to revamp Days Gone for it.

Days Gone utilizes Unreal Engine 4, the engine that’s been out for five years and gets constant minor updates. Developed for current generation of consoles, it may be not prepared for the next gen. At least, it will take lots of minor evolutionary improvements, so the next version of it may need complete reworking.

To download the app, you will get links to the Official Website and/or official digital markets.
Share on Social
High-Standard Service
Mobile gaming is what we truly love. Therefore, our blog news, tips, guides, and game reviews are 100% reliable and unbiased. Our ultimate goal is to deliver accurate and mobile game reviews, as well as top-quality service.
What do think about this review?
4
Good
So it makes sense to preorder Days Gone now, as preordering already started. The game looks gorgeous already, and waiting for the next, more impressive version will take years. Preordering also brings you some bonus content, including Deacon’s crossbow and upgrades for nitrous, shroud, and gas tank. The preorder price is $59.99. So far it’s a single player adventure, but the developers may introduce some online modes, cooperative or something like Battle Royale.