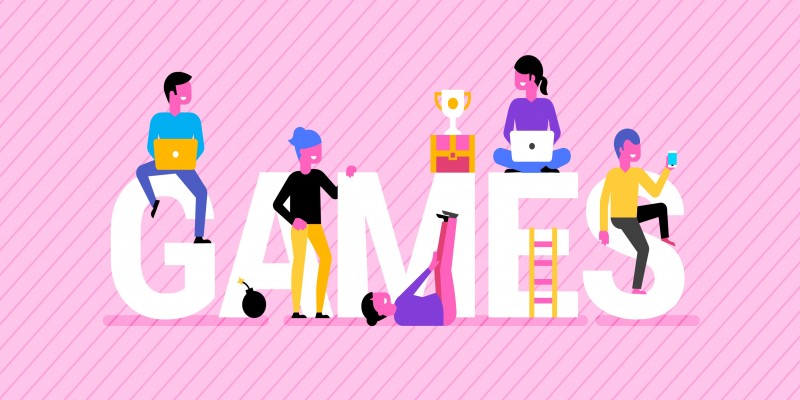 We have got used to saying “console-level visuals” in order to praise the way the game looks. But this year, this seems obsolete. Even the best consoles available now are approaching the end of their lifecycles. Mobile games haven’t reached this level yet, despite all the efforts of Apple and Google, they are still a compromise. And, suddenly, PC is king again.

And it won’t even take a super-duper fresh power monster that costs like two 747’s. The developers finally learnt how to make games shine even on just-above-the-middle PC. Of course, hardware real-time ray tracing is welcomed, if you happily own a new Nvidia card with this feature. But if not, it won’t dim your pleasure. The same is with 4K displays: not that it’s bad, just the opposite, but the really great picture will impress you even in Full HD. Though if you taste a good 4K, you’ll tell urbi et orbi that FHD sucks.

What do we mean by “looking good”? Prince of Persia looked good back in 1989, Max Payne was exceptional in 2001, Far Cry 2 impressed in 2008, and The Witcher 3 was big in 2015. In 2019, there are hundreds of games that beat the aforementioned by each technical parameter, but there is love for detail and inspiration that upgrades pure entertainment to the state of art. And, among the criteria, there is always attention to the unnecessary. The environments should live and breather, for you to want to live there. The way it looks doesn’t have to be realistic; it has to be convincing.

So here are the games with artful graphics, combining the newest technical solutions with true inspiration. All of them are available for PC, and some of them are even running on middle-class setups. Of course, it’s all an opinion, and soon it may change.

Among all military-styled action games, Battlefield is one of the most elaborate in terms of visuals. It’s both about technical parameters and about art. Battle visuals have always been hard to recreate, and it looks a bit artificial from the outside. But, as a FPS, it adds the element of immersion that drags you in.
And it’s not only about shadows, rays, reflection, changing the weather, and other tech tricks. There are also reconstructed details about gears and weapons, tanks and cars, uniform and landscapes of the real World War 2. Well, there is less art than in the previous installment that was more of a megahit. Still, when it comes to visuals, Battlefield V is great. And it’s one of those games that don’t require a Godzilla hardware to run.

As a rule, indie games are not much about visuals; the developers are good with cartoony graphics and invest in stories and gameplay instead. But it’s not the case with Kingdom Come: Deliverance. The idea was great enough to raise enough funds on Kickstarter. It’s a historical action game taking you to medieval Bohemia, and the problems the heroes encounter are much harder than those usually arising in games like this.

And, in addition, the game is full of historical details. Developed by Czech studio, it collected the experience of historians and re-enactors to recreate the realistic medieval atmosphere, with its dirt and art, cynicism and faith, swords and armors, churches and castles, and stuff. It’s like watching a high-tier history movie and playing a part in it at the same time.

When speaking of ray tracing, Control is one of the first games that comes to mind. This feature is meant to recreate the manner in which actual light rays light up the environment, fall on surfaces and reflect, according to the properties of the surface. But it’s better to see it once. The paranormal detective story is large enough both for classical action and for supernatural special effects.

The developers made perfect use of the technology. Some scenes of the game include almost Caravaggian manner of treating lights and shadows, like rays breaking into darkened tunnels, strongly contrasting, and each being in its own right. Explosions and shooting also show the pros like particle effects.

If you have ever been to Washington D.C., you’ll recognize its details so slight you never might hope to see that digitized. More than that, it looks so carefully destroyed and vandalized that it may even hurt to see the capital looking like that. Yet the action is supposed to get you concentrated on completing missions with guns, improvised armor, targets, and deadlines.

The developers assure us they have made a 1:1 representation of the entire city (doesn’t look so fantastic in the era of Google Street View). Despite looking a bit comic-like (maybe due to lack of ray-tracing), the game is still a visual masterpiece.

Forget about realism: Anthem is a pavilion fantastic to the bone, from volcanic heat to cave cold, from wild landscapes only lighted by explosions, to tunnel. This genre has been made cheap by generations of B-creators, so it took a lot to make something fresh in it. And not that it was easy: the first versions of Anthem were full of various issues.

Well, applause! The developers got through it all, and the designers made a beautiful space action story, much more 3D than most games today. Your characters can fly up high in their Javelin exosuits, and that adds another dimension. Add some latest tendencies (ray tracing, particle physics, shadows, reflections), and taste probably the most beautiful space action game. It only means the 2019 version with all the updates; using earlier ones is mot recommended.

This combination of The Lost World and Pirates of the Caribbean takes you right to the wild; to the Age of Discovery when everything was expected to find. Not that it’s a strictly historical game; it’s rather a fantasy with clear references. But the setting is clear: expedition by several countries finds a land where monsters roam, and the dangers double, as enemies have to cooperate in order to survive. And as for your character, he also needs to make the most profit out of it.

GreedFall is one of the best RPG’s of our time, due to visuals as well. It looks not quite like a movie, but like a quality cartoon. And it features great picture of the most romantic era of mankind, spiced up with a bit of impossible.

The Metro series has always been quite elaborate and impressive, both as books and as games. But Metro Exodus sets the new record as the depiction of post-apocalyptic Russian cities (not only underground) is for the first time as convincing as it is in the book series. Even if your hardware cannot do ray tracing, it’s great. But if you are of those lucky few, ray-tracing makes these half-destroyed, half-abandoned streets and tunnels look exceptional with ray-tracing done right.

This game is notorious! Though it was released for consoles back in 2016, its PC version only appeared in spring 2018, and its appetites were enormous. Well, it’s partly because of poor optimization, but this adventure of strange lands is really rich in detail, and the visuals are really close to perfect. The quality of visuals is seen even in dynamic battle scenes at 4K/60 FPS, and if you have just upgraded your hardware to the level that fits the requirements, FFXV is the game to enjoy with it. Just see the grass burn under the enemy creatures, or the sword cutting the air, or cars passing by the gas station: these are the details one could neglect, but they are here. As for key objects like the way characters move, or textures of their suits, that’s as great as can be.

Well, if Control makes an artistic use of light and darkness, in A Plague Tale it’s one of the elements the story is based upon. The characters roam France in the middle of the XIV century, escaping both rats and English soldiers, with their undercover mission. You can travel in the night and beware of rats, or in the daytime when the soldiers are the major menace. There is even more to light and fire: due to alchemy and mystical powers, the light is the weapon and the symbol at the same time. Games like this only work if they are treated as an art; this one is.

This racing one by Microsoft is the divide: there are other racing games, and there is Forza Horizon series. Now it combines the all-interactive open world and the racing strict speedy run. There is little added beyond that, but isn’t this enough? Well, the cars don’t crash naturally as in real life, and neither do drivers. But this would raise the realism to the extent that would require too much red.

Instead, the designers invested into the environment. Never in racing games has the world been so elaborate outside the racing track. And as for anything you can touch, it’s interactive (and destructible as well).
There is always something to add. Should this list be formed in November, it would inevitably include Red Dead Redemption II. Besides that, there are Crysis 3 (the reference for visuals for a long time), Assassin’s Creed: Unity, The Witcher 3, Deus Ex: Mankind Divided, and the modded Skyrim. Still, we may have missed something from the big games worth your attention if you appreciate the visuals.